Even though the old man has been working with computers since 1970 (or perhaps because), he assiduously avoids spending time on the Internet in his retirement.  Thus, I can post about his Christmas present without worrying about ruining the surprise.

This summer, I found a double bit axe head ground into the gravel of one his pole barns.  I’d like to think that this was something he cadged from the family farm before it was sold, but mostly likely, he picked it up at a yard sale.

Regardless, he has reached the stage in his life where he complains about having too much stuff.  Which makes present giving difficult.  So, I secreted the axe head away with plans to give it back to him at Christmas.  It had seen better days:

I took after it with the grinder, wire brushes, sandpaper and polishing compound.  About halfway through one side:

Meanwhile, I had purchased a replacement handle (which was strangely difficult in Western Pennsylvania).  It had been sealed, so I had to sand off the finishes (and the warnings).  Some paint was in order:

Then, the old man’s initial pyrographed into the handle: 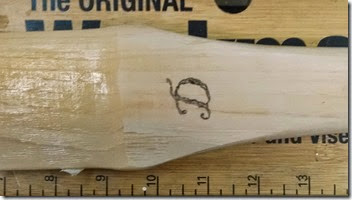 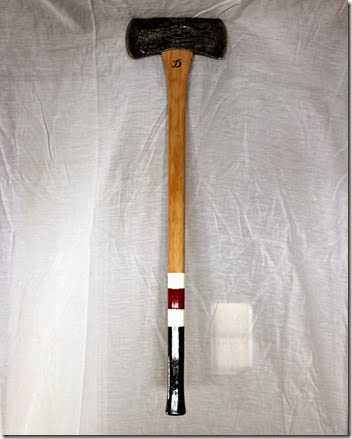 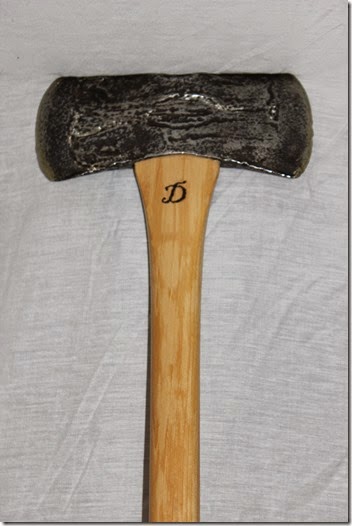